Sometimes it takes a lot of digging to find experiences when you’re travelling that are NOT geared towards tourists and embody cultural appropriation, but when you find those gems, it’s well worth the search. I just happened to join a homeschooling network in the place we are currently staying in for our home exchange looking for other moms to connect with while we’re here in the Hunter Valley Region. It was through this connection that I was made aware of a special opportunity for locals to visit indigenous sacred sites and participate in traditional ceremonies. SIGN ME UP!

A week earlier Jules and I had met up with a friend and colleague from back home and participated in an indigenous tour of Sydney. Margret from The Rocks Dreaming Aboriginal Heritage Tour was very thorough, giving us a glimpse of what the traditional owners of the land value as “custodians of the land”. We learned how each person is born with the responsibility of taking care of 13 “totems”, which are identified when they are born. These totems are a species of animal, amphibian, fish, or plant species of some sort. Growing up they will learn about each of those items and how their existence is a vital part of the ecosystem. They will learn about subsistence, about medicines, and how to maintain a balanced way of life in harmony. 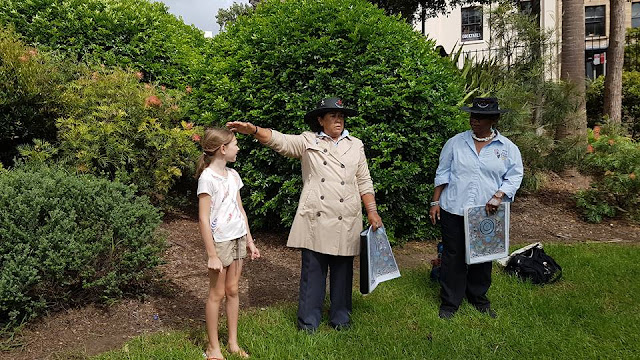 We walked around Sydney Harbour examining some of that ecosystem that still exists there and how the landscape has changed and how the indigenous people have been affected by colonialism. Australia has a similar shameful history as North America of how indigenous peoples were treated throughout history, and continue to face many barriers-- however what I noticed was that resilience seems to be a dominating trait among the first nation population in both North America and Australia.  Jules and I were still thirsty to learn more about the original owners of the land and understand the similarities and differences from what we have been learning from elders and knowledge keepers at home, so this opportunity really gave us high hopes of learning more. 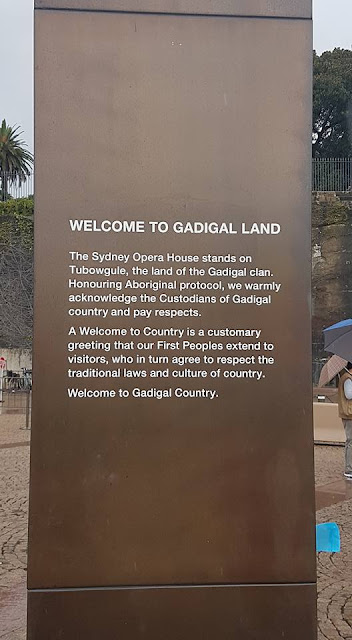 We got up early and hopped in the car not knowing what the day would bring us. We drove an hour though the rolling hills of vineyards, cattle and horse farms to the meeting spot in the parking lot of a elementary school in Hunter Valley. We were greeted by a very friendly woman and several children! There were about 8 other people that arrived to join us and we all got back into our cars and followed Fleur with her husband, Locky (Millmullian) and their children. They are Wailwaan and Yuin people.

We made our first stop which was Baime cave. Inside the cave is an ancient drawing of Baime, the Creator and sky god. The drawings are said to be over 23,000 years old. According to Fleur and Locky the plaque outside of the cave that explains the history of it, is completely wrong and was put there by the government years ago. Although several pictures of the drawing can be found on the internet, we respected the wishes of Fleur and Locky and did not take photos close to the drawings. 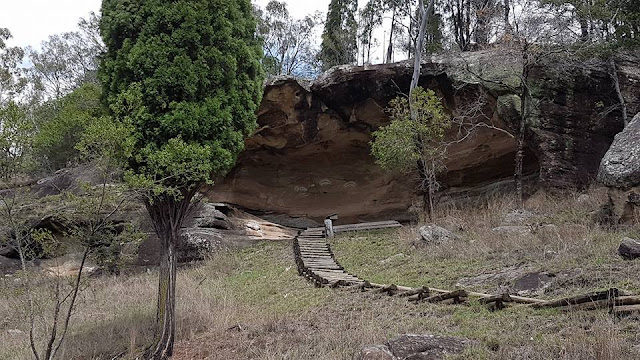 Near the cave we participated in a ceremony for the land, “singing up for country” as they said, while standing in a circle. We all learned the lyrics and sang together. The purpose was to let the spirits know we were there. We then participated in a smoke ceremony with the burning of gum tree leaves and having the smoke roll over our body as a cleansing and opening of the mind and spirit. I couldn’t help but think of the smudging ceremonies of the Anishinabe people I had participated in back home in Canada. In our opening ceremony where we introduced ourselves I explained how in Anishinaabe ceremonies I have participated in we introduce ourselves and our ancestors, or where we come from, I explained how I wanted to honour the indigenous peoples of Canada as well and that I was on my own learning journey to understand beyond our textbooks and settler focused education and on a learning journey to decolonize my daughter’s education. The ceremonies and stories that were shared with us by the family were very sacred and we were asked not to share photos or details on social media, which I completely respect.
Our day continued as we ate together and continued learning about past and present day indigenous life in this part of Australia. Stories, referred to as “dream time stories” were told of the various spirits that lived in the area. Jules had a great time learning with me and taking the time to run off into the bush by herself and just exploring the natural environment. She came back in total excitement as she had discovered What she thought was a komodo dragon!  Although Komodo’s don’t live, Locky said it would be a large goanna- a monitor lizard. I didn’t really believe her at first, thinking she probably saw something off in the distance like a log or fallen branch, but sure enough, after following her back into the bush, there it was a HUGE goanna!  Of course I didn’t have my camera out for a photo at the time, but he slowly sauntered off into the woods. We came back to get others to come and see but of course we couldn’t find him on return.  Locky had a painting of a goanna with him and we bought it off of him to keep as a memory of our time there. 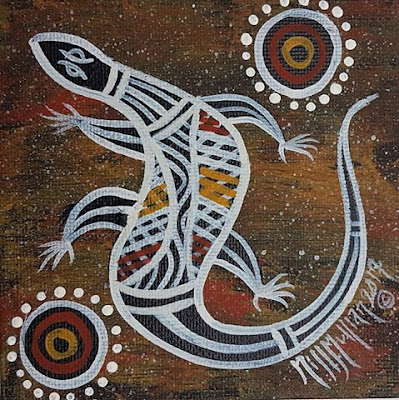 Our day ended with us having tea together, soaking up the energy from the basalt rocks at another sacred location and listening to another dreamtime story. 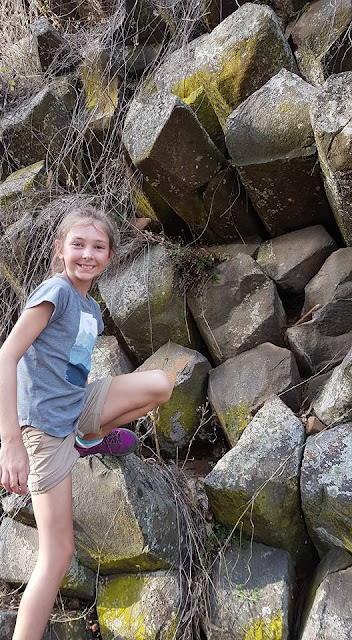 The area was experiencing a bit of a drought and the creek that use to run through the area was drying up. The family decided to do a “rain dance”, all the children came together and danced as the mother and father sang. They got Jules up and had her dance with them, this time a dance telling the story of herring bird and fish. It was beautiful to watch.

We learned so much in this one day that we would never have learned or experienced otherwise. I was so grateful for this experience, and for Julianna to be able to learn about indigenous ways and life in another part of the world, and to see the similarities and differences compared to Canada, and for us to have a basis from which to continue our conversations on colonialism, our own settler history and what our responsibilities are as citizens of this planet, moving forward. We learned about sustainability, of resiliency, of love and respect and the need for us all to live in harmony.

Our drive home we were graced with a rainbow… and rain clouds! With such irony after a dreamtime story about rainbows and a rain dance! 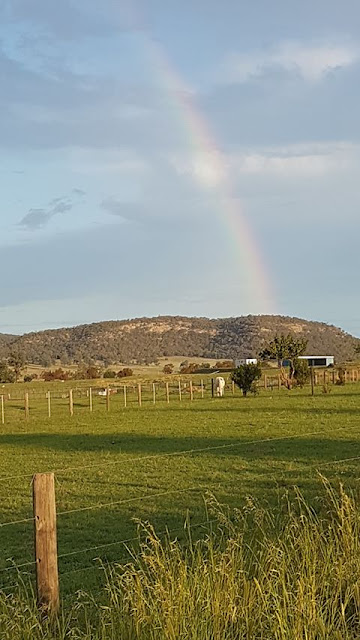 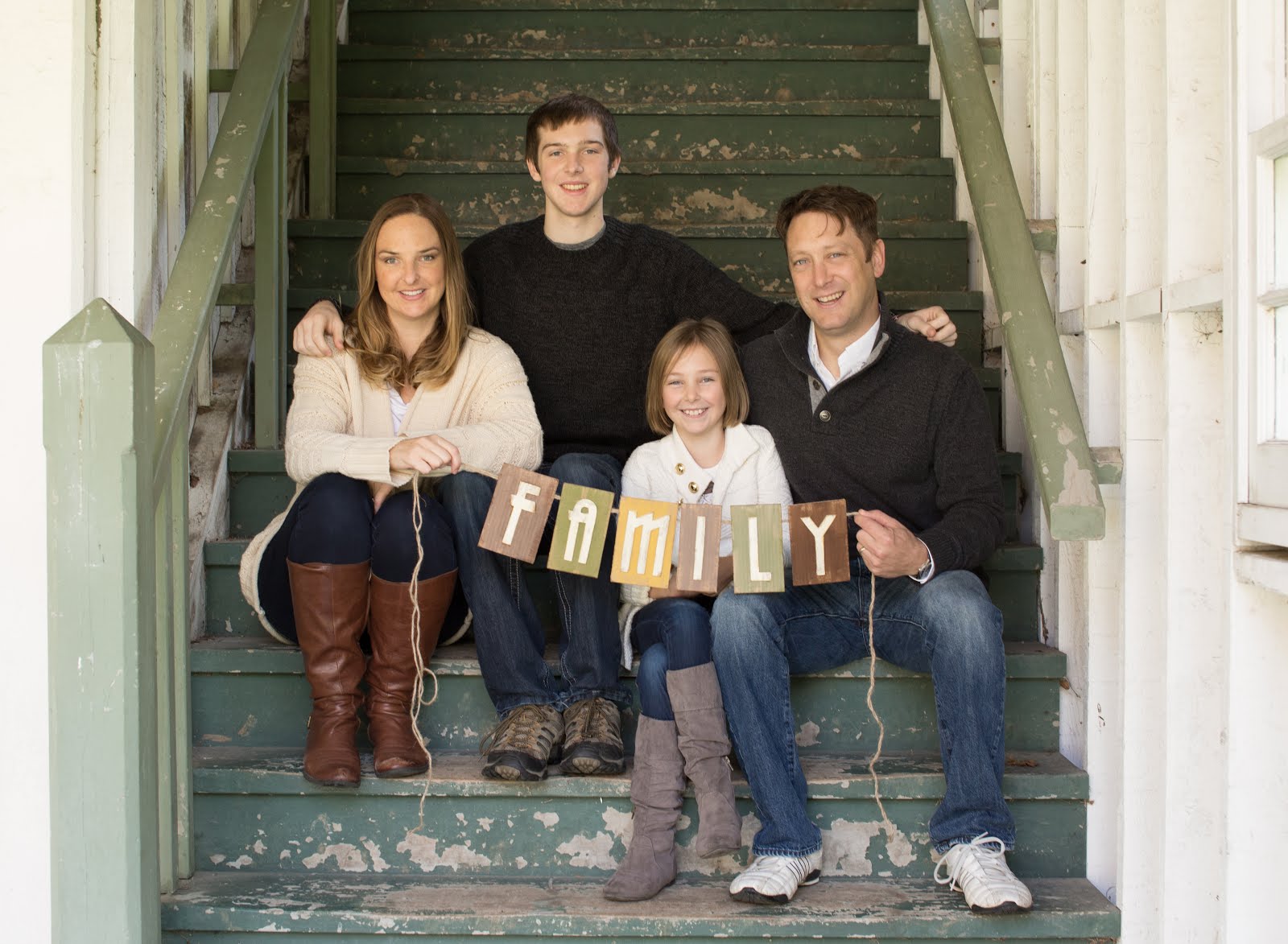